This excerpt is from our sourcebook we use for the Mind & Its World IV course. This course is an extensive exposition of the Sautrantika philosophical tradition, based on the expanded version of The Gateway that Reveals the Philosophical Traditions to Fresh Minds root text.

If you are curious about this course, learn more here: Nitartha Online Campus.

The division of objects of comprehension is twofold: manifest phenomena and hidden phenomena.

However, as we are here in New Brunswick, Halifax is a hidden phenomenon because it is only something we can understand through inference. We cannot directly perceive it as we are now. You can give as an example whatever homeland you are from individually as something here that can be both a hidden phenomenon and a specifically characterized phenomenon. Hidden phenomena and knowable objects are equivalent. 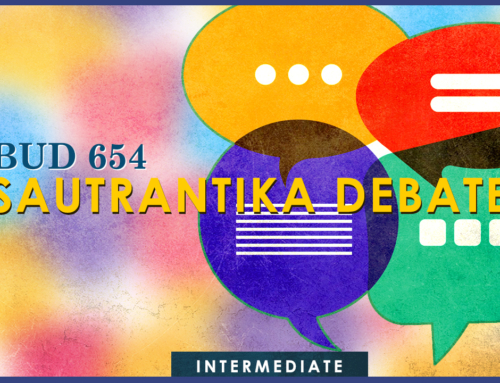